Yes I may have already shared this on FB, so if you're my friend, you saw it already last week.
But here it is for my blog friends too! 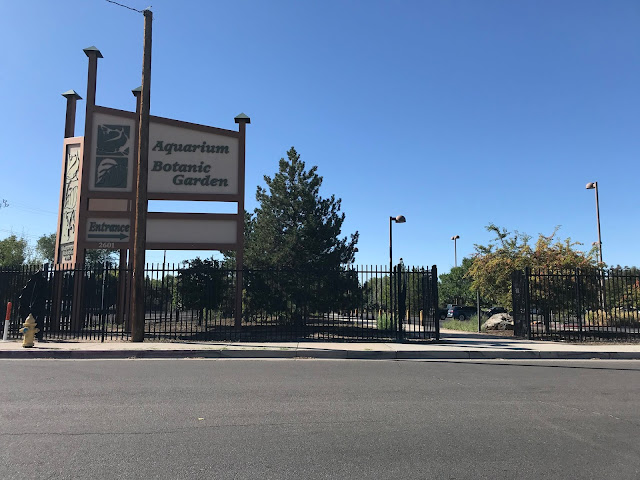 My plan for the morning was to visit the Botanic Gardens in Albuquerque. 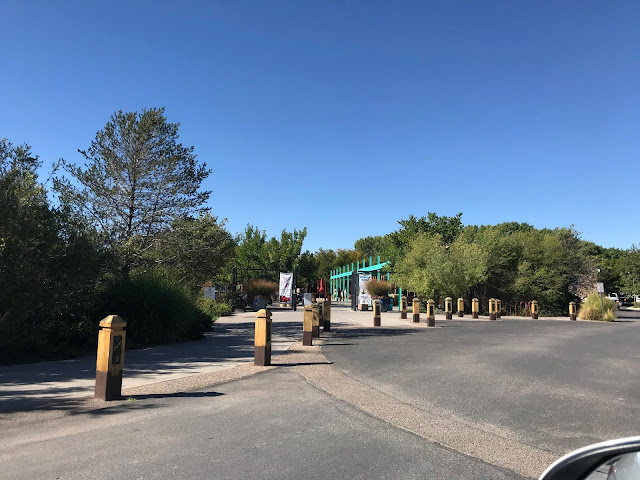 It was due to be high 80s later, but this was just as it opened in the morning, so I thought I could enjoy a couple of hours looking at southwestern plants, which would also have names next to them which I needed! 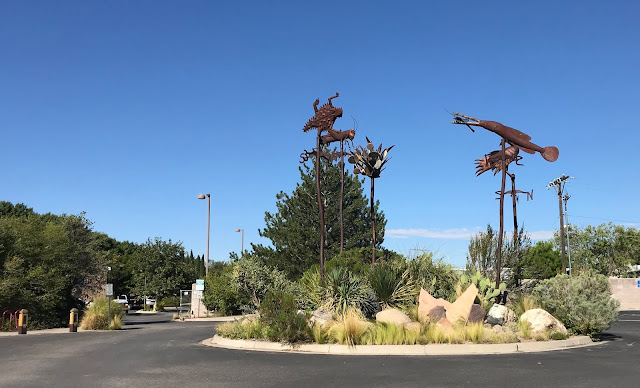 I think these critters belonged to the aquarium probably. 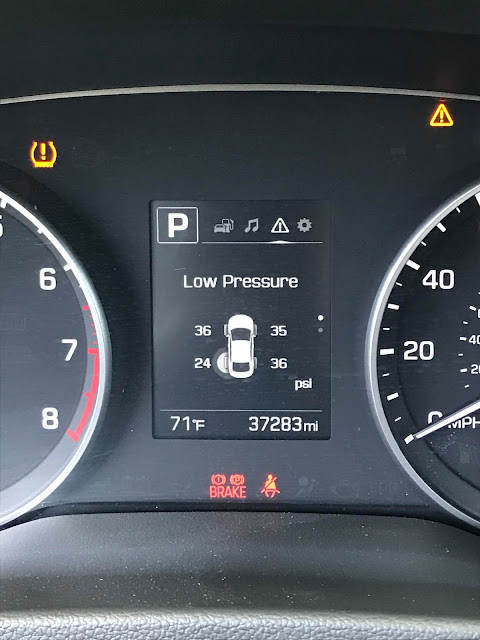 Then before I got out of my rental car, there were these big exclamation marks - two of them.  So I looked hard at all the bells and whistles the Elantra had all over the place, and finally found that the driver's rear tire had low pressure.  Since I'd driven this car maybe 10 miles by now, I was surprised, but most of the indicators were all new to me. 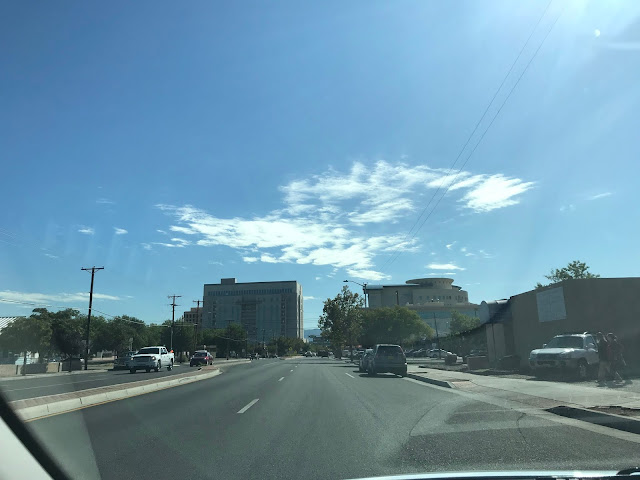 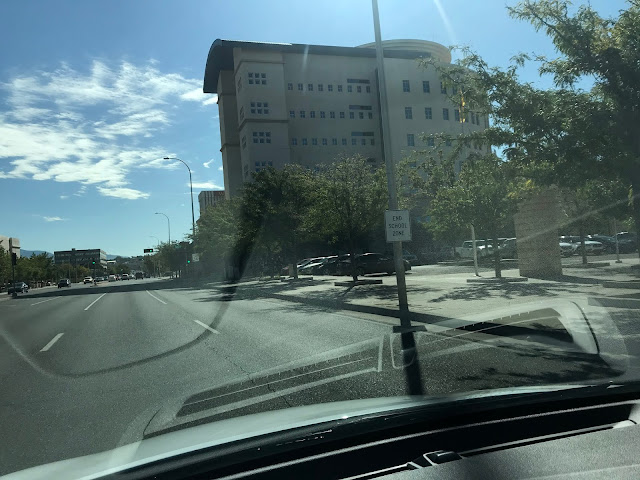 So I called my rental people, and told them, and they said bring it by and they'd fill the tire for me. 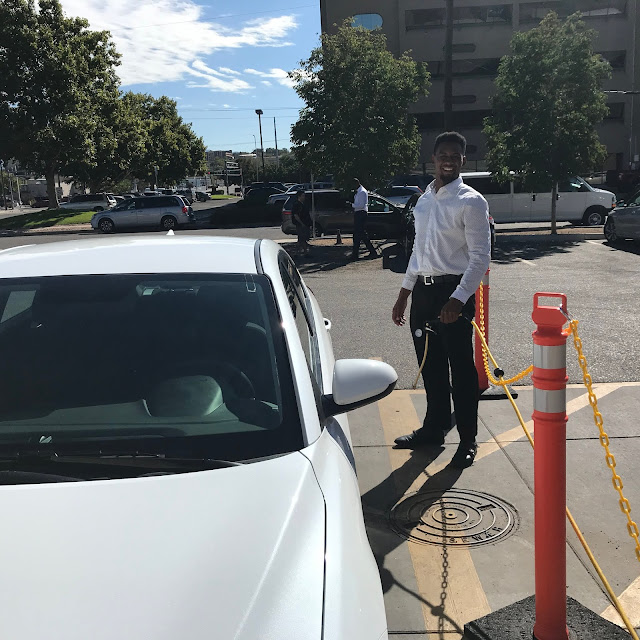 Great service with a smile. 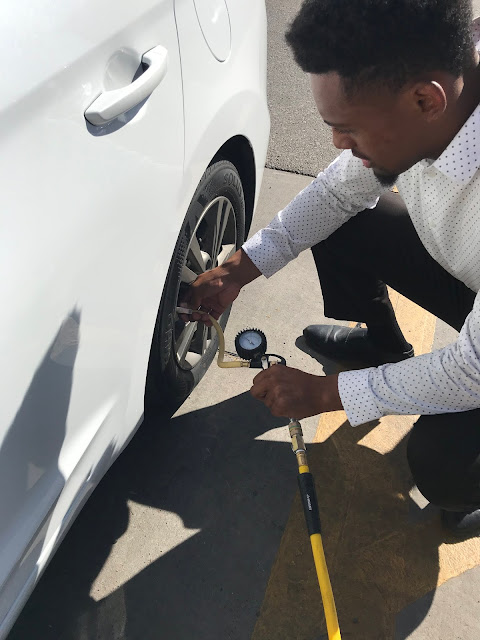 But no matter how much he filled the tire, and the pressure gauge on the hose said 36 psi, the dash gauge still said 24. I was not happy about that...what had made it go low in the first place? Would it go flat down the road? (I had not bought the rental car's insurance policy, so my own car insurance would have to be called for roadside assistance...that's what all my friends told me to do.)

So I switched vehicles...got a smaller one, a Versa by Nissan, which I felt much more comfortable with. I was not interested in all the bells and whistles of the Elantra.  And thus my morning was spent in car switching and I decided to go ahead and go to Santa Fe then. 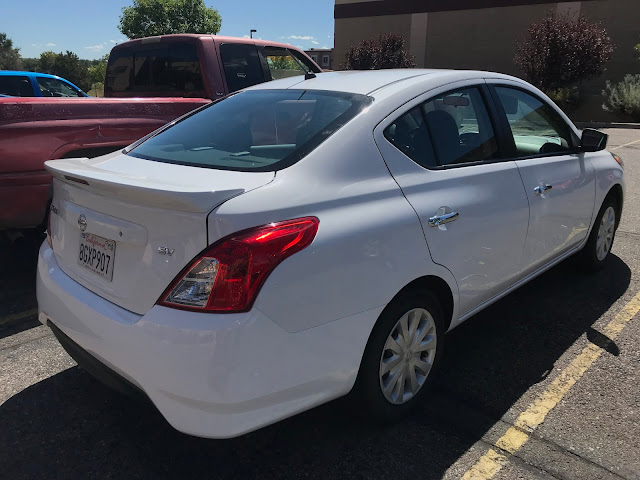 Today's quote, (no not Robby Burns)


There is in you something that waits and listens for the sound of the genuine in yourself. It is the only true guide you will ever have.
Howard Thurman

Looking forward to hearing from you! If you think sending spams out to the universe is fun, try looking in the mirror. You're weird.